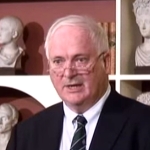 Ireland could have followed the same peaceful path towards independence that Scotland is considering today, according to former taoiseach John Bruton.
In a speech today on the 100th anniversary of the signing of the Home Rule Bill into law (September 18th, 1914), Mr Bruton pointed to the way the referendum on independence for Scotland had come about.